Oops guess who forgot to write this post! I posted my card on the DT website at the beginning of the week and meant to schedule this post as I knew I would be out on Friday evening.

Our minister is retiring after being here for exactly 40 years. He came on the 24th of January 1974 and his last service is tomorrow. We had a social evening where various people spoke about things that had happened during the last 40 years. So we had representatives from various organisations and initiatives that Rodger had been involved. We heard from Sunday School leaders, flower festival organiser, the walking group, the craft group, the Guild, the BBs and so on. Rodger himself spoke near the beginning after the choir opened proceedings. They closed with a few songs and solos from The Sound of Music. Especially funny was their take on 16 going on 17 which changed into 60 going on 70! They also had a banner with a suggestion for a name for his new home - "DUNPREACHIN!" The evening ended with tea, coffee, shortbread and a piece of his celebration cake. The congregation and other people from both villages had bought him a top of the range telescope and gave him a generous cheque. This was presented by my neighbour who is the senior elder and who was also on the committee which chose him in the first place. She also made a lovely speech. Rodger and his wife are keen birdwatchers so he was delighted with the new telescope.

Anyway enough waffle, here's the card I made for this week's challenge at Totally Gorjuss. The challenge this week is "Furtastic." Easy, all you need to do is make a card with an animal on it. Now you might think I'm getting a bit ahead of myself this week with a Christmas card in January but I couldn't resist this sweet image from LOTV. And remember we're sponsored by Lili of the Valley this week which is really good as they have some lovely new images just now. 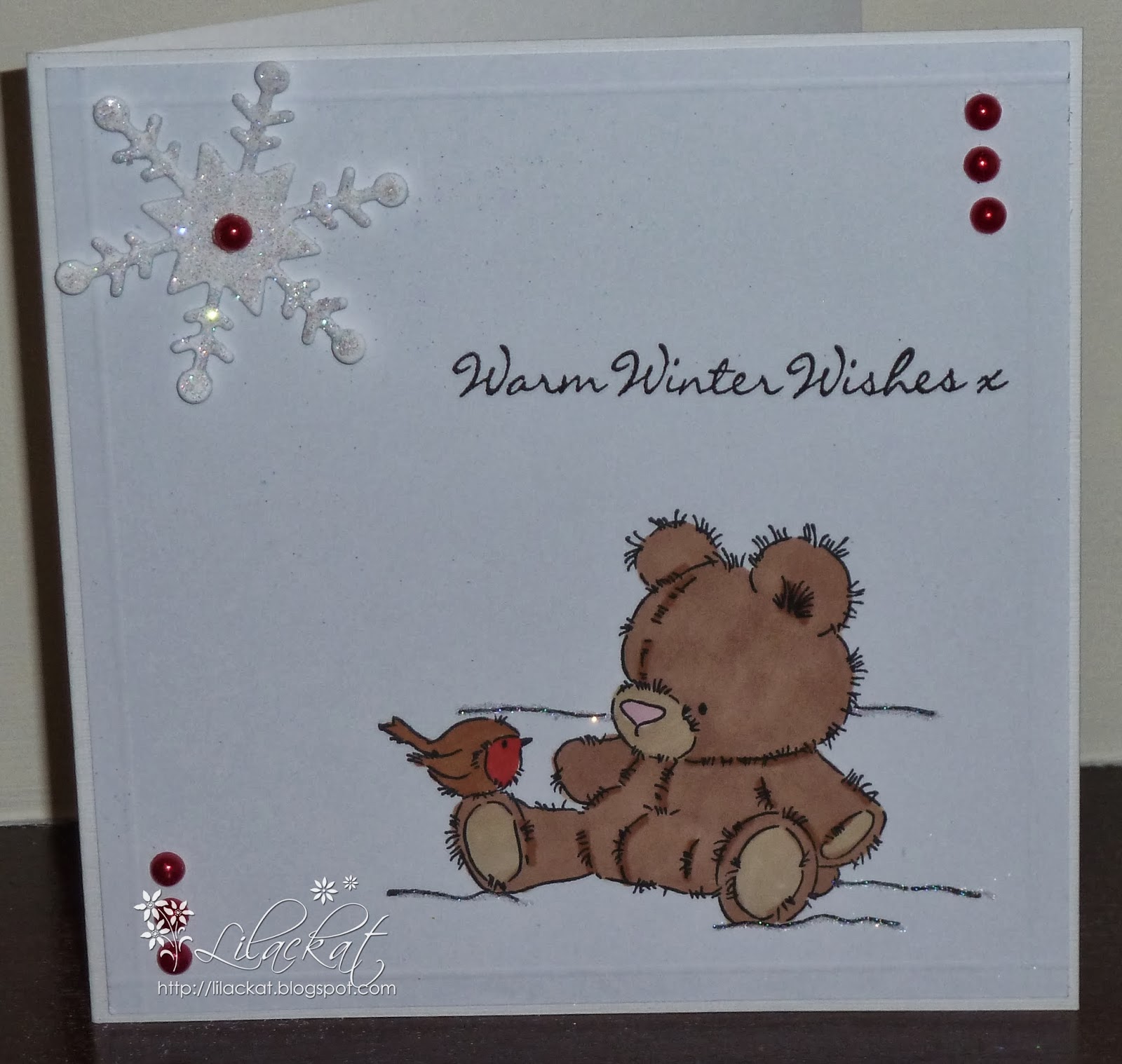 I spent ages trying to find what I'd used to make the snowflake as I have lots of snowflakes cut out ready to use. I was really beginning to think I'd never find where it came from lol!

Thanks for looking and I'll be round to see what everyone's been up to later.