No not that one! I don't do so called reality shows. I can't be bothered with that kind of stuff. I don't want to offend anyone that likes that  kind of thing but it seems as if you get every idiot under the sun on these programmes! I've never seen any of them but I've heard perfectly normal people talking about watching them and it makes me despair!!

Anyway here's my "Big Brother" card which I made for my boss's grandson who has just become a big brother. So far he seems quite taken on with his wee sister. 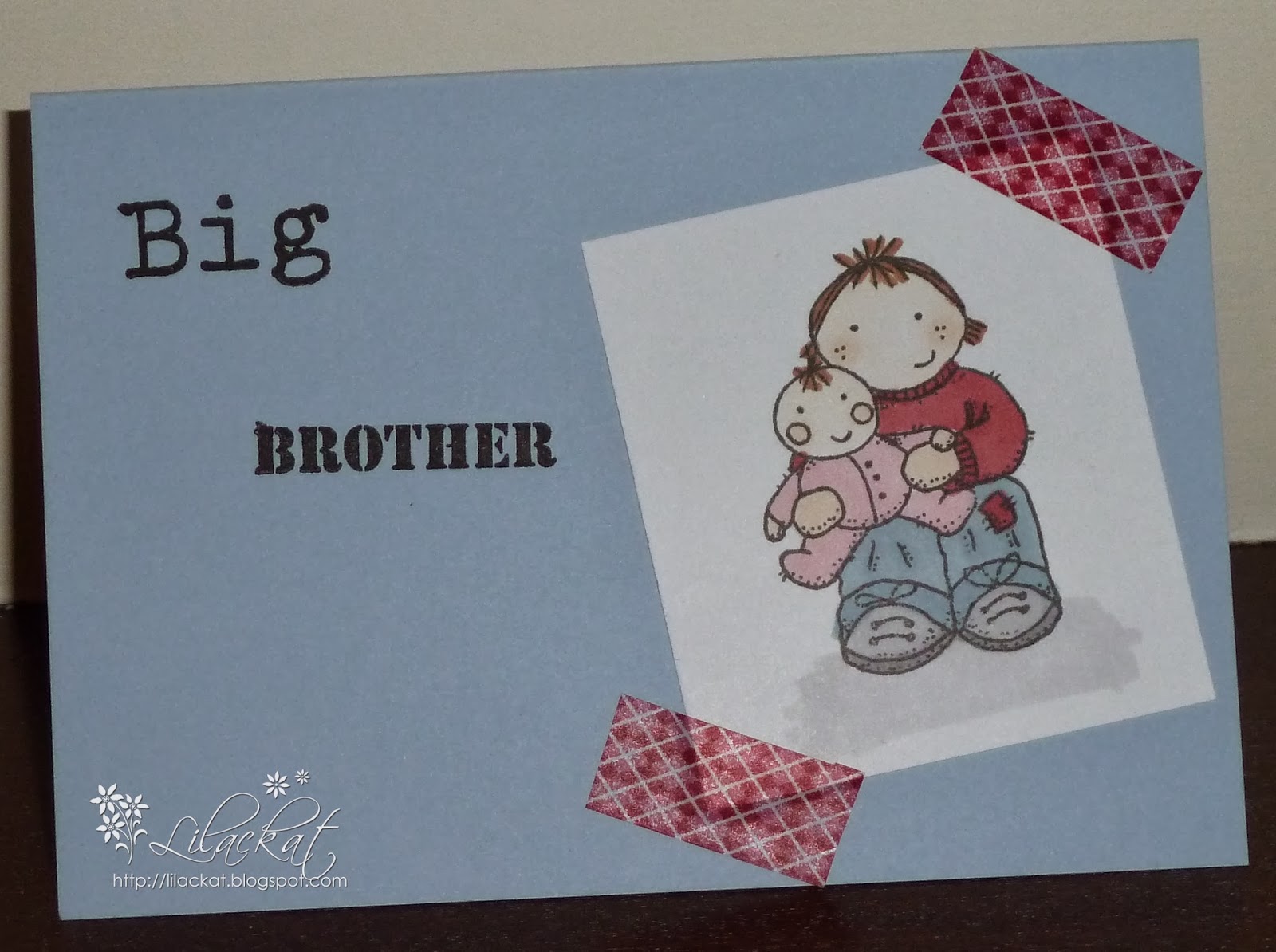 It's quite simple but boys don't really like anything fancy and this little lad's only 3.

Well I'm going off to a friend's house tonight to do some crafting so I'd best go off and have my tea now.