Hi everyone, I thought I'd just show you the cards I made to hold the communion tokens that we're hoping to sell at our church to raise some money to replace some windows.
A friend who has been making cards for many years printed the picture of the church and also the inserts. The card is what was left over from another lady's daughter's wedding invitations. The picture was originally drawn by another member who is very good at drawing.
As you can see this is the front of the card showing a side view of the church. 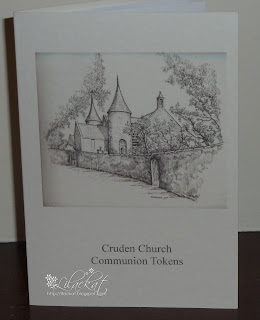 This is the inside of a card to hold one token. We felt that a lot of people might not be able to afford a complete set of tokens but might still want to have one. 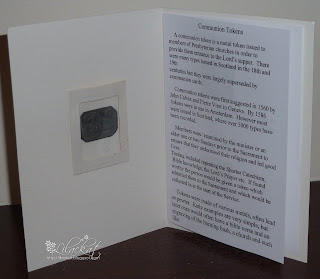 The middle pages show some examples of the tokens that were found. 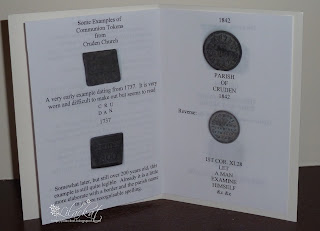 Another couple of examples of tokens.  We seem to have them with four different dates. 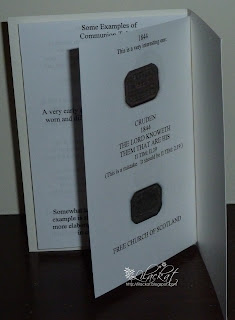 This is the inside of a card with all four tokens. 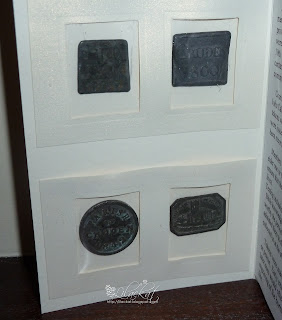 I used nesties to cut out an aperture and borrowed a second one to cut out double apertures for the four token cards. I found it slightly tricky but that's probably because I'm a bit of a perfectionist and I was really keen for them to be right. Sounds daft but with my knack for getting things squint I was worried about them not being right and other people noticing. That was the fiddly bit but with a wee bit of planning and a magnetic sheet I think they turned out ok. The next fiddly bit was adding some acetate and sticky tape.
In a funny sort of way I enjoyed making these. I just hope people will want to buy them. They'll probably be put on the church website and maybe people with connections to the area will fancy buying them.
My internet connection seems to be holding up tonight again, if so that would be two nights in a row. I was a bit worried as when I went to work I saw 2 BT vans about three quarters of a mile away. The last time I saw a BT van near here was a few weeks ago and my internet connection has been a nightmare ever since so perhaps things are back to normal again.
Thanks for looking and now I'm off to do some DT work and catching up with my favourite blogs. And of course my old favourite finishing my Tesco home shopping!